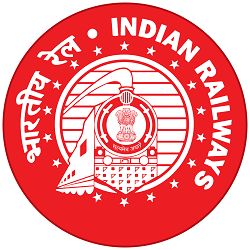 In the previous Job notification, RRB had notified to recruit the Group D. Currently RRB has issued the short notification to release the admit card on 24.04.2020. Candidates can download the RRB Group D Exam admit card once it is released through Railway Recruitment Board official website rrcb.gov.in as well as the link given below.

The important details of Railway Recruitment Board Group D Exam Admit Card 2020 are highlighted in the table below.

The Railway Recruitment Board has invited the applications for various Group D posts on rrcb.gov.in. Huge number of candidates had applied for the posts.

About Railway Recruitment Board

Indian Railways (IR) is an Indian state-owned enterprise, owned and operated by the Government of India through the Ministry of Railways. The history of rail transport in India began in the mid-nineteenth century. In 1848, there was not a single kilometer of railway line in India. Railways were first introduced to India in 1853 from Bombay to Thane. The Allahabad-Jabalpur branch line of the East Indian Railway had been opened in June 1867. Indian Railways is the world's ninth largest commercial or utility employer, by number of employees, with over 1.307 million employees. It is one of the world's largest railway networks comprising 115,000 km (71,000 mi) of track over a route of 65,000 km (40,000 mi) and 7,500 stations. In 2011, IR carried over 8,900 million passengersÃ¢â‚¬â„¢ annually or more than 24 million passengers daily (roughly half of which were suburban passengers) and 2.8 million tons of freight daily. Indian Railways comes up with latest recruitment details on various post based on Education / Qualification for the interview process all over India.